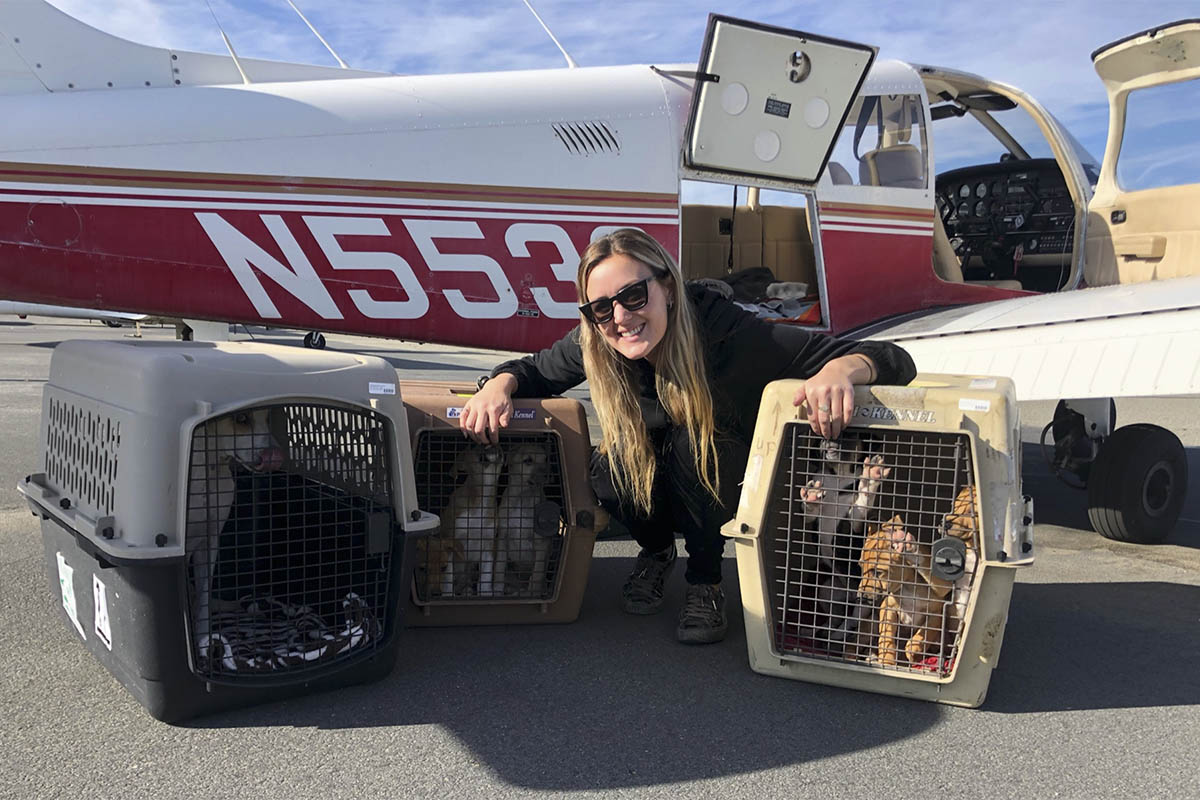 Amelia Air has expressed a goal of saving 500 animals in 2021. Amelia Air is an organization that was founded by a long-time aviator named Dean Heistad. This rescue group has been operating since August 2019.

Petra Janney, the co-founder, and Dean Heistad have already rescued around 170 cats and dogs from several kill shelters and placed them in safe havens.

Janney and Heistad are both pilots, and they met through a mutual friend. When Heistad opened up his dream of saving animals using his aviation skills, Janney immediately expressed her interest in the idea and started Amelia Air.

At the time, Janney didn’t know how to fly but was eager to learn. She has always dreamed of learning how to pilot an aircraft because her father was a pilot as well. When Heistad and Janney decided to start Amelia Air, Janney gained more motivation to learn aviation.

The name “Amelia Air” came from the first dog that Heistad and his wife Katy rescued. The dog’s name was Amelia, a Great Dane, and she literally jumped into the cockpit as they were saving her.

According to Katy, Amelia was extremely excited to go somewhere on a plane. She also stated that the dog warmed up to them very quickly.