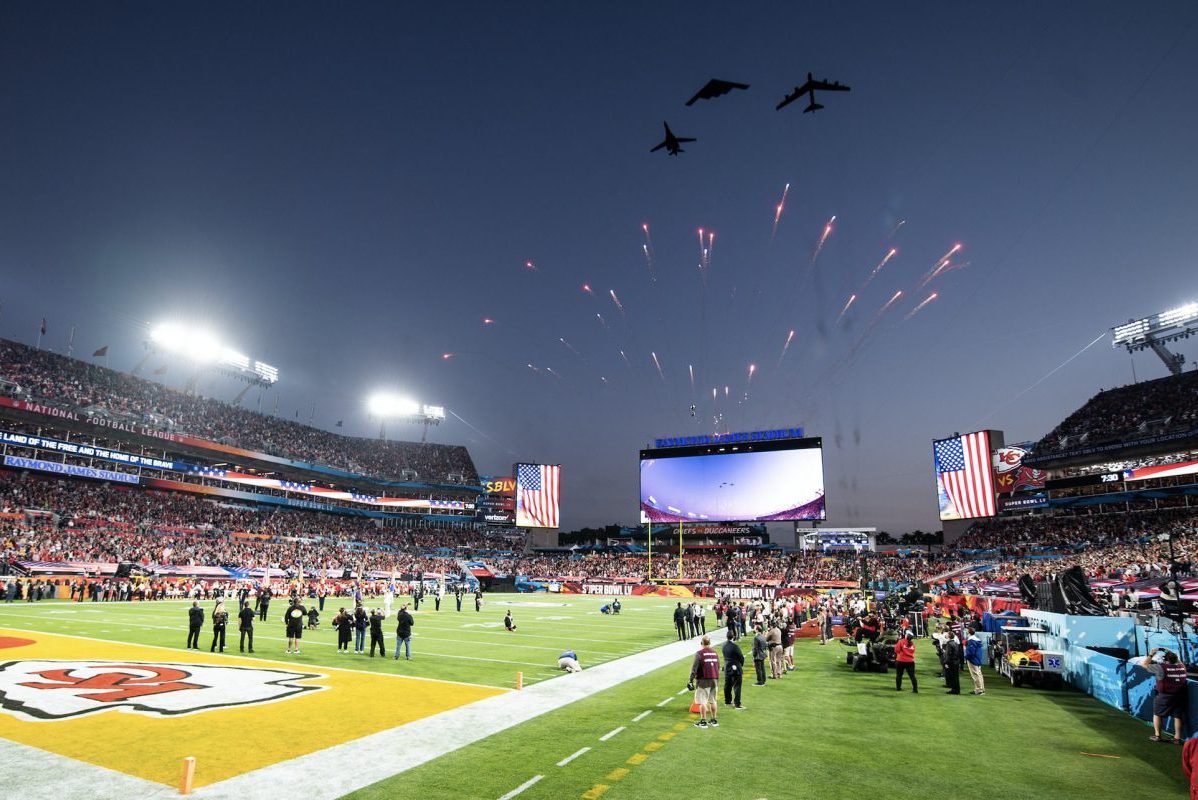 During the 55th Super Bowl, three bomber-type planes flew together. They created a sharp formation as they flew past the culmination during the performance of the National Anthem. The Super Bowl was held on February 7 at the Raymond James Stadium in Tampa, Florida.

The formation that the three bomber types formed was called the trifecta flyover. They flew over the Kansas City Chiefs and the Tampa Bay Buccaneers. A B-2 Spirit led the aircraft, while the other remaining two aircraft in the flank were a B-52H Stratofortress and a B-1Blancer, respectively.

According to the Air Force Global Strike Command commander, General Tim Ray, the support they showed in this event was a great honor for the entire U.S. Air Force.

This was an opportunity for them to showcase their nation’s bomber fleet’s reliability, precision, skill, and flexibility. The event mentioned above was also a message to all the Americans who are in danger.

They wanted to let them know that the bomber will always be there to assist and provide support anytime, anywhere. As the U.S. is the only nation with a bomber fleet, the support shown in this event was also an opportunity to let everyone know what the Air Force bomber fleet can do.

The U.S. Airforce performs about 1,000 flyovers in a single year, showcasing their pilots’ talents and their aircraft’s reliability and performance.